About Our Story Our Approaches Our Culture

According to a released report from Wood Mackenzie, global solar inverters shipments continued to expand in 2021 with a significant increase of 22% compared to 2020. Among global PV inverter suppliers, Growatt entered the top three brands list, underlining its continued growth momentum across global solar markets. 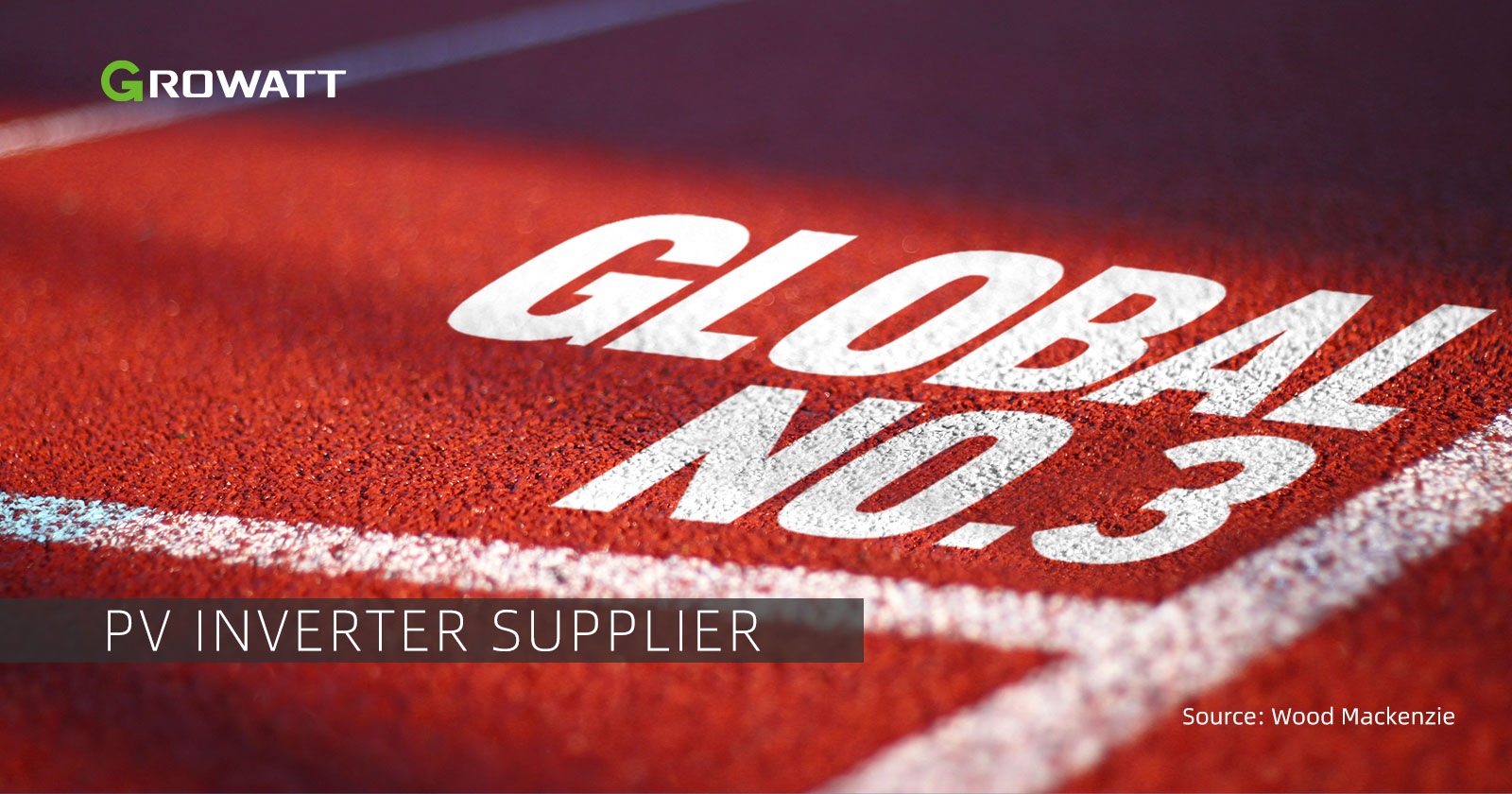 “We are honored to be favored by customers around the world, and we couldn’t have obtained this achievement without their trust and support,” commented Lisa Zhang, vice president of marketing at Growatt.

Since its foundation in 2011, Growatt has been buckling down to distributed solar energy solutions. To date, its PV inverters have been chosen for solar installations across more than 150 countries and regions. The company has received 19 ‘Top Brand PV Inverter’ awards from EUPD Research for achieving outstanding performance in terms of market penetration, brand awareness, recommendation and satisfaction across solar markets worldwide.

For over a decade, the Growatt team has been continuously applying new upgrades and innovations to its PV solutions, bringing the world its latest generation of X Series inverters—a combination of greater reliability, intelligence and security, gaining the company distinctive advantages in the distributed energy sector.

The X Series solar inverters, with 0.75-253kW power capacity range, can be deployed in all application scenarios from residential, commercial and industrial (C&I) to large scale solar projects. Besides, the company has developed the XH Series inverters—the battery ready PV solutions for future energy storage extensions.

Growatt’s X Series inverter features a higher power density and a higher input string current of up to 22.5A that makes it compatible with high power modules. Possessing a multi-MPPT design and anti-PID function, the inverters further enhance the capability to output a larger amount of electricity. PV systems are also made safer and more reliable with its comprehensive protections of AC&DC Type II SPD, AFCI and IP66 enclosures.

The Growatt team also dedicates itself to making service support reliable and accessible through a combination of online and localized support for global customers. In addition to the establishment of its global network consisting of 34 offices worldwide, the company has developed its Online Smart Service (OSS) system, which is available via both PCs and mobiles, to empower customers to manage and maintain solar plants remotely and intelligently for improved service efficiency and reduced operation and maintenance (O&M) costs.

“Looking to the future, we will continue to enhance our service and technical strength in distributed energy solutions and work with global partners to build the world’s largest intelligent sustainable energy ecosystem for human kind,” Zhang concluded.

Insert your details below to receive information

Your Name cannot be empty！

We use cookies to understand how our audience uses our site.